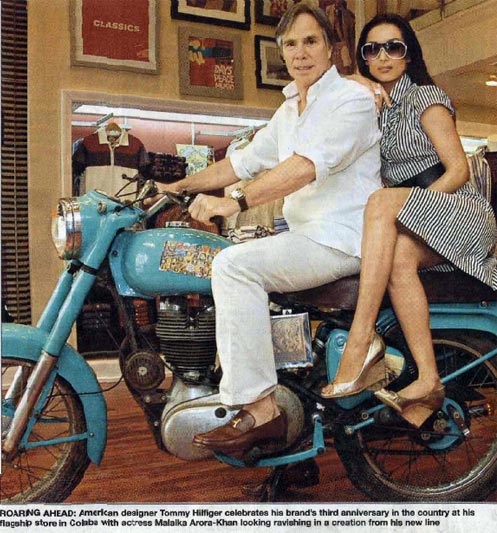 The designer spoke exclusively to BT….

Rock stars have always been your muse? Why?
Music has always been an inspiration. My muses have been the ones with every distinct and influential looks, Mick Jagger had his unique sense of style; Brian Jones was wearing smocks and frocks; Charlie Watts was always crisply tailored. Those guys changed the way that people thought about fashion.

Who and what inspires you?
My kids inspire me. They make me laugh and are always teaching me new things. Pop culture inspires me because it has such a tremendous impact on the world. Travel also inspires me and is a hobby. I believe that experiencing other parts of the world is important to understanding yourself and the world around you.

What has been your biggest selling piece of clothing?
Jeans, they are a staple for any wardrobe because they are so versatile and so classic. Women can dress them up with a feminine top, a tailored blazer and a pair of sexy heels or dress them down with a t-shirt and flip flops.

What’s been the key to your success?
To be successful in this business, you cannot just design great clothes. You have to be a well rounded person with skills in many different areas. You need creativity, business acumen, resourcefulness, great social skills and discipline. And surround yourself with great people who can help propel you into the future.

What would you describe as a defining ‘Fashion Moment’ in your career?
In 1985 when I first say my name on the billboard in Times Square alongside Ralph Lauren, Calvin Klein and Perry Ellis, I was the “next great unknown” designer, and it created an incredible buzz around my brand.

One thing that nobody knows about Tommy Hilfiger?
I’m a morning person. I love to do yoga first thing in the morning before starting my day. It gets me energized.